Why Have My Google Rankings Dropped? 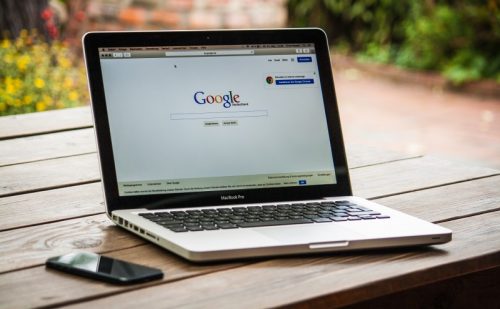 Fewer users. Poor conversions. A lot of red statistics in your Google Analytics. It all points to one thing; something isn’t quite right with your website. But, what is the issue? If you find that organic traffic is the main culprit for the drop then there is one large factor to consider…

Your site may have experienced a drop in Google rankings.

It’s a sinking realisation and one that, without much SEO knowledge, you may fear will be impossible to recover from. But, that doesn’t have to be the case. A thorough investigation of your drops from seasonal trends, technical issues and all the way to site changes is the first step to recovery. Once you know what the issue is, the idea of recovering from it can seem like a much less daunting task. With the right action plan in place, your website may rise again, even faster than you might think!

Here are a few important factors which may be impacting your site rankings.

If your site has a sudden drop in rankings, then the first thing you need to do is check for a Google Update. The days following an update from the search engine can be tumultuous, to say the least, with fluctuation in either direction.

It’s also important to note that this isn’t restricted to core updates either, like the Florida 2 update which occurred in March. Google regulates on a regular basis – some theorise there is a minor algorithm update every Sunday, in fact. There have been three or more so far in 2019, with volatile SERP rankings being an obvious sign of this activity (even when Google doesn’t confirm outright – leading to unnamed updates).

The Medic Update, in particular, caused a lot of issues in terms of SERP (Search Engine Results Page) positions which many websites have stilled failed to recover from. So, whenever a sudden change does happen to your rankings it is vital to check the relevant sources or forums for chatter of an update. As that is often, but not always, the main culprit.

On Page & Other Changes

Whether you have tweaked a meta title here, updated the content there or deleted pages entirely. Even the smallest change done absentmindedly could be the cause of your current issues. And larger updates – such as a website migration to a new URL structure – can often come with rankings losses and traffic drops, even when done perfectly.

The fact is that you have to consider every change to your website, even minor, carefully before implementing. Especially if your rankings prior to the change are favourable. It may seem like a small thing, but any change could cause a serious drop in rankings. And can continue to affect performance until reverted back again. Even when reversed there is no guarantee your site will jump straight back to the original position either, it could take weeks or even months to recover.

A technical problem on your website can cause a multitude of issues on a basic level. But, something which you may not consider is the impact that such issues will have on your sites SEO value. Examples include low loading speeds, server errors, wrongly implemented robots.txt files and poor 301 redirects. These are only a handful of technical issues which can impact SEO directly.

The technical issues which can cause Google rankings to drop are numerous, far too many for this short section. But, if you do notice a large loss over time then investigating the current health of your site for technical SEO improvements is vital.

A Google penalty can have a number of consequences for your site. Ranking drops being chief amongst these issues. The first indication that your site might be being penalised by a manual action is seeing rapid ranking drops – often ten or more places – without a concurring Google Update. This suggests that your site is being affected by a manual action. Which, unlike an update, is not automatic and has been put into place by a human Google employee.

A good way to check is also comparing your rankings on Bing or another search engine, as if they remain intact it is clearly a Google-enforced penalty.

If a manual action has been placed on your site then this should be recorded in your Google Search Console account. You can see your manual actions in the sidebar, here: 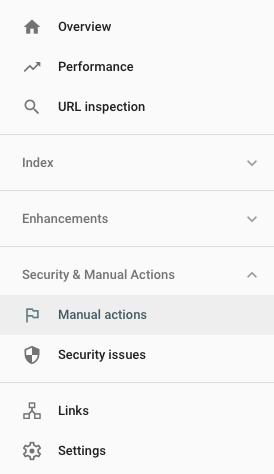 If you do have a penalty, the report should give you an overview of what issues are affecting the site.  This should, then, give you a springboard for improvement to ensure the manual action is removed.

When it comes to your backlink profile you may have noticed that a number of high-value links are affecting metrics. Domain Authority or Trust Flow is often slow to change, but links from certain domains can make a noted difference. This is obviously the case for sites such as the BBC, Forbes, etc.

Strong backlinks are still an important ranking factor in the Google Algorithm, though the emphasis on this has drifted in recent years. Thanks, in part, to industry catchphrases such as “link building is dead”. It is clearly not, as if you lose a handful of strong backlinks you will likely notice a ranking drop to match.

So, the loss of good backlinks can cause your Google rankings to drop. But, the reverse of this can also be an issue; gaining a large proportion of bad backlinks. Since the Penguin Update in 2012 spammy links – which have been obtained via payment or as part of a link network – have been the cause of many ranking losses. Largely for the better as it means sites which adhere to white hat SEO have been better rewarded.

An analysis of your backlinks and their potential impact on your rankings should be conducted as part of any thorough investigation into your Google rankings drops.

Why Have My Google Rankings Dropped?

Of course, these are only a handful of reasons your website might be experiencing drops in Google SERPs. From big drops due to factors like the ones outlined above. Or some smaller drops may simply be down to a competitor making changes which tip the rankings in their favour.

There’s no one definitive answer, as the circumstances surrounding your Google rankings drop are likely unique. If you’re unsure what has happened, then it’s always wise to seek a full site audit by an SEO professional. Through this, it should be possible to suss out the root of the problem.

Have you experienced a Google rankings drop recently, whether sudden or gradual? The team here at Red Cow Media are ready to help, simply get in touch today via our contact form or by calling on 0161 711 0888.