Jameson Carter are a UK based men’s athleisure wear brand stocked in prominent high street stores such as Footasylum and JD Sports. Having originally built up a cult brand following through their social media profiles, which showcased their unique, subtle designs, the focus of the brand is primarily on their direct to customer website. Jameson Carter approached Red Cow in October of 2017 after hearing of our successes with raising the online profile, visibility and sales of other similar fashion and apparel brands. After being the most popular brand launch JD Sports have seen in the UK at the start of 2018, they decided to take Jameson Carter out to their European markets, and they are now stocked in stores throughout Europe, with particular strongholds in the Netherlands and Spain.

When we began working with Jameson Carter, they were looking to build upon the success they’d had through their social media profiles. Their online sales were over-reliant upon social media influencers, and they were keen to diversify their digital marketing to drive website traffic and sales via other channels. In order to make their strategy more viable in the long run and to take the brand to the next level, we were tasked with devising a rounded digital marketing strategy which covered off the full remit of the customer buying cycle – from more initial visitors, right through to driving increased customer loyalty.

Further into the campaign and due to the success seen within the first year, we were then tasked with developing an international digital marketing strategy to increase the brand’s reach, which was designed to capitalise on Jameson Carter being stocked in more European territories. This included internationalisation of their website, optimisation and paid advertising across 4 different languages and territories.

Our digital marketing strategy for Jameson Carter incorporated the following:

"Red Cow helped us to grow our brand online after we'd taken it as far as we could ourselves. We needed outside expertise and help, and the team at Red Cow knew exactly what was needed and what would make the most impact. We've expanded out to different countries now which we couldn't have done without their help." 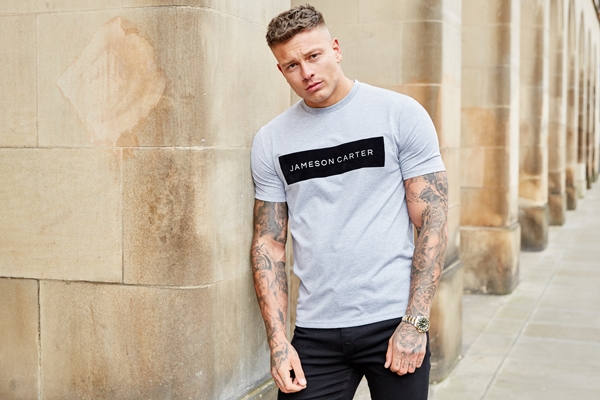 In this case study, the results really do speak for themselves. The increases seen across the board in the first few months in respect of both additional traffic and, most importantly, additional revenue surpassed even our own expectations. With the introduction of new channels to the brand including PPC and Google Shopping, we were able to introduce Jameson Carter to new users who may not have previously considered them when shopping, as well as acquiring some branded sales directly through the Jameson Carter website where users were previously purchasing via one of their stockists. By properly structuring their paid social media advertising and developing a full strategy that made use of a range of advert styles and formats, we were able to amplify the success they were previously getting using social media influencers, and for a fraction of the cost. The first 3 months saw and increase in overall revenue of a whopping 1,534%, with a 1,250% increase in revenue specifically from paid social media advertising. The SEO strategy incorporated in depth keyword research at an individual product level, which led to an improvement of 965% in organic search revenue just 4 months after the implementation of the on page optimisation.