IAS, also known as the Immigration Advice Service, are a UK based immigration law firm specialising in all aspects of UK immigration law, from citizenship queries and visa applications, through to asylum cases and high level judicial appeals. With over 21 office locations throughout the UK ranging from London to Edinburgh, IAS have expanded significantly over the past few years, largely as a result of their early adoption of online marketing to drive enquiries for the business. Working with both individuals and corporate businesses, IAS ensure the legalities of all immigration matters are covered from start to finish. We began working with IAS back in 2014, and they are one of our longest standing clients having experienced significant SEO success from the very beginning of their campaign, which has continued year on year.

We originally began working with IAS off the back of a poor experience that they had had with a previous agency. Whilst some early SEO work had delivered limited success, they had seen a considerable dip in results and were looking to recover what had been lost, and then build upon it. We were tasked with improving the organic visibility of the IAS website on a national scale, including UK wide search terms for the services, as well as local SEO campaigns for each of their UK office locations. The national SEO campaign originally had a focus on driving additional enquiries for spouse visas, followed by a focus on British citizenship in the wake of the Brexit referendum. This was then later expanded out to include all services offered by IAS.

Over time and due to the success of the original SEO campaign, we have since been involved in the internationalisation of their website into the USA, Canada and Australia, as well as the SEO strategy behind a full scale website migration, where we were tasked with ensuring the smooth transition of the website to a completely new format whilst maintaining rankings and organic traffic levels.

"We have been working with Red Cow for a number of years, and they have become a trusted partner" 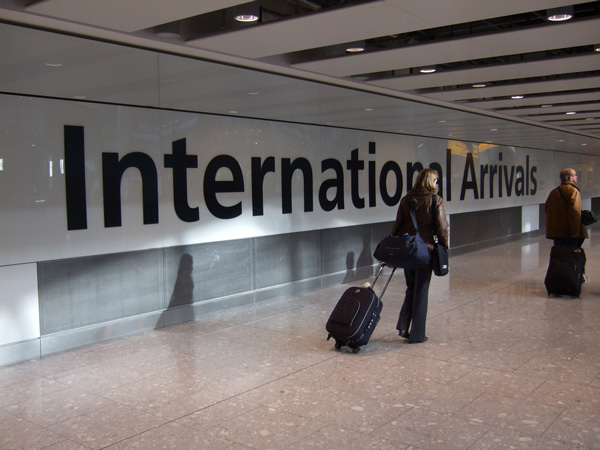 When we took over the SEO campaign for IAS, they were averaging around 6,000 monthly visits to the website and had experienced an ongoing reduction in traffic over the course of a number of months. The first thing that we set about doing was the keyword research and on page optimisation, followed by building out content for each office location, visa category and service. This included a complete re-write of all the existing content as it was poorly written and had been keyword stuffed. Once this was completed, we moved on to the ongoing SEO work.

Within the first few months, we were seeing drastic improvements to rankings both on a local and national basis for core keywords, which then had a positive impact on website traffic levels. Within the first year, we had achieved an improvement of 194% on organic traffic to the website, and the business saw a huge influx of enquiries from the website. We have now been working on the account for a number of years, and have achieved significant year on year growth, with the most recent improvement in organic website traffic for 2018 compared with 2017 was 70%.