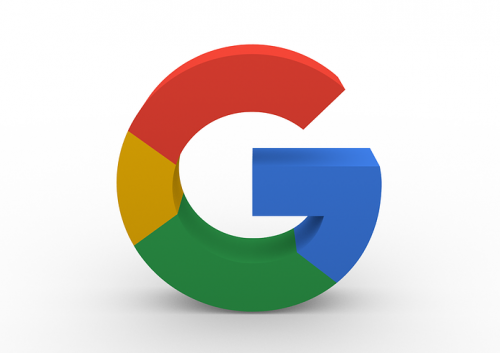 There have been rumblings this week about a Google Update, but yesterday it was confirmed. Dubbed Florida 2 by Brett Tabke, of WebmasterWorld fame, this update hit 12th March. And according to some sources, this is going to be a big one. Which, of course, has set the SEO world aflutter – the team here at Red Cow included!

So, with that in mind, here’s a breakdown of what we know so far and some tips on how to proactively deal with Google Updates, core or otherwise.

The official line from Google is that a broad core algorithm update doesn’t actually target any one thing in particular. But, from past experience, we know these updates do tend to have an industry target. Google vehemently denies this, of course, but there is plenty of evidence for this fact.  This is a common issue with SEO, as nothing is ever 100% confirmed.

The fact is that Google sometimes won’t even confirm an update has taken place at all. So, this early confirmation is positive even if it doesn’t give us any real information. As, if traffic does spike or rankings do change, then at least we have something to attribute these changes to. A confirmed update is an SEO blessing (though it often feels more like a curse).

What We Know So Far

The word over at Search Engine Journal is that this is the biggest update in years. But, there’s no official word over there as to what it may be targeting either. Other than it may implement a new algorithm factor which fundamentally changes how a site is ranked. As we’re only two days out from this update dropping this isn’t a surprise. Likely, more information will be available once the industry has more data to work with.

Side note: Interestingly, some chatter in a popular forum (webmasterworld.com) is seeing a positive increase after being heavily affected by the Medic Update back in August. Some are claiming as much as a 20% increase to organic traffic. If this persists, it could mean good things for sites which have been struggling since the last core update.

How to Deal with a Broad Core Update

The way to handle a broad core Google Update differs from website to website. Some sites will actually benefit from an update, in which case all you need to do is enjoy the organic traffic influx. Unfortunately, for those that see a negative decline following the update, it’s more complicated.

First, we wait. Making sudden and large changes to your website or strategy following an update – big or small – is a mistake. It’s too reactive during a period where we need to be strategic. And without any confirmation of what the update is targeting, changes could actually make things worse rather than better.

And the fact is that each individual update will require very different tactics to deal with it.

However, there are a few common factors which we can consider when ensuring a site is well-optimised in order to deal with updates. We know that these are important factors and have been targeted in core algorithm updates in the past, so could be impacted again in the Florida 2 update. They include:

Ultimately, the Google Florida 2 Update could be targeting one, two or none of these factors. Only time will tell in this instance, but it does pay to be prepared ahead of time and good optimisation of all of the above factors is an important way to do just that.

Of course, the buzz around the Google Florida 2 Update may be misplaced. We’re never truly certain how an update will affect any one website, let alone what the wide-scale effect will be. And it’s undoubtedly one of many that we will see this year. After all, 2018 was rife with updates and only a few made themselves truly a nuisance when it came to rankings (here’s looking at you, Medic Update).

The only way to weather this storm effectively is to monitor organic traffic and rankings carefully while keeping an ear to the ground in the digital marketing community. If a common issue, targeted industry or likewise is discovered broadly then it’s one step closer to rectifying any potential drops.

We’ll update this post when we know more about the Google Florida 2 Update as this is still early days. The real impact is still unclear, but hopefully, this will reveal itself more in the coming days and weeks following the update.