Baidu vs Google: Which Search Engine Has The Advantage? 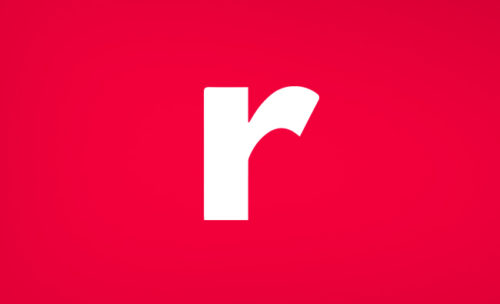 Back in June, we wrote an introductory piece called ‘What is Baidu, and can I optimise my website for it?’. It was an overview of when it was founded and the things you needed to consider to rank in the largest search engine in China. 9 months later, Baidu has continued to increase in popularity and is still looking to expand further.

As we know, Google has been and will continue to be a dominant force around the world, with the exception of China. The issue with this from Google’s perspective is that China has the largest population of internet users in the world, and is therefore a highly profitable market. With the stringent rules on internet censorship in China, it has made it difficult for companies in the UK, or elsewhere in the world, to operate in and advertise to its ever-expanding user base. If we take a look into both search engine companies individually, Alphabet (the owners of Google) are the much larger company, worth a colossal $555 billion (around £442 billion). If we were to compare this to Baidu’s, $55 billion (around £44 billion), the difference is incredible, considering how established Baidu has become in recent times.

Even though Google and Baidu may be different in size, though, both search engines do operate in a similar way. Baidu generates income using a ‘Pay for Placement (P4P)’ platform. In its simplest form, businesses bid on advertising space which can be triggered by keyword searches and with the presence of Baidu in China, it encourages businesses to work with them to increase clicks and impressions. Not only do they have a platform to move paid adverts higher in searches, but they also have a service which provides maps, news, videos and encyclopaedia searches, sound familiar?

Whilst Baidu have built a similar range of services to the US based search engine giant, Google have continued to expand into different avenues. In 2013, Google received an estimated $57 billion (£45 billion) from advertising, which includes revenue from Android and YouTube. On top of the $57 billion received from referral advertising, Google received a further stream of revenue from AdWords and AdSense, highlighting the strong hold they have in online search globally. It doesn’t stop there, as Google established themselves as the Android operating system, they helped expand and grow the operating system itself, taking it to another level and giving the company another monopolising string to its bow.

With Google’s presence online, it’s not a surprise they dominate the search queries worldwide and are the leading search engine choice in the world. Baidu, as we know, solely operate in China, holding the majority of the market share, and Google has struggled to break into such a strongly censored territory, leaving Baidu open to immense and rapid growth. With the country having a three percent share of the worlds search traffic and the largest population, it’s easy to see why Google would want to continue to grow in China. But even with Googles 90% share elsewhere in the world and an eagerness to get into China, Baidu continues to expand at a swift rate.

However, whilst Google are restrained by China’s censorship laws, Baidu has conquered them and also has no such restrictions elsewhere in the world. With this being the case, Baidu has now focused their efforts on emerging markets, where mobile use is still growing and populations are large. These areas include Brazil, India and Indonesia, where internet connections are slowly but surely beginning to improve. Not only are Baidu focusing on emerging markets, but they are also putting in place a strategy to use AMP (Accelerated Mobile Pages) helping provide a better user experience for those using Baidu. AMP’s is only the beginning, as like Google they’re investing into AR/AI platforms (augmented reality or artificial intelligence) identifying it as the future of the market. The AI platform or ‘Tianzhi’ as it is called, is powered by Baidu’s cloud computing technology and has three separate functions. The functions include perception, machine learning and deep learning. The use of this AI is aimed to help develop advertising platforms and services, ‘intelligent’ mapping and self-functioning operation. Without much insight into the way that these systems, or Google’s RankBrain system operate, though, it’s difficult to tell who’s in the lead in applying the use of these technologies within search.

Baidu are also aiming to push their online presence with their world mapping service. The mapping service will cover Asia, Europe, North America and South America and Baidu now provide a mapping service for 99% of the world population. The aim of the maps expansion is to first help the growing number of Chinese visitors who are travelling around the world, as well as to expand their presence in those countries.

As a global leader, Google hasn’t stopped at simply just dominating the search engine space, they have purchased YouTube, more recently Snapchat (which is now called Snap Inc. and has recently been floated on the stock market) and through their solidified ties with Android, Google isn’t short of revenue streams. However, with Google’s inability to grow in China and Baidu remaining the powerhouse over there, Baidu has continued to benefit from Google’s inability to gain a foothold.

In addition, as Google is widely used in already established markets, Baidu is beginning to establish itself in developing countries. With target countries such as Brazil, India and Indonesia having large populations, Baidu is clearly positioning itself to become the number 1 search engine in countries with growing mobile use. However, Baidu are also aiming to work with established businesses to help grow their map services. With the likes of German car manufacturers Audi and BMW now openly considering the idea of using Baidu’s mapping technology in their cars, it may only be a matter of time before we all begin seeing Baidu creeping more and more into the western market. With its foothold firmly established in China and a strategy tackling emerging markets in addition to slowly increasing presence in western countries, Baidu is certainly one to watch.