BOY London are a UK based fashion brand with a combination of their own retail stores, concessions in other stores such as Selfridges, and a direct to consumer website. As a global brand originally established in 1976, BOY London really shot to fame in the 80s and 90s by picking up high profile fans such as Kate Moss, Madonna and Andy Warhol, and through publicity gained from it’s controversial and artistic catwalk shows. The brand has re-risen to prominence in recent years with a plethora of stars amongst the brand’s current fans, most notably Rhianna, Lady GAGA and Wiz Khalifa. BOY London have also amassed a cult following in Asia, with 11 retail store locations in China.

When BOY London first contacted us, the online visibility of the brand was especially poor given its high profile clientele, and revenue taken through the website was completely eclipsed by sales figures from the retail stores and concessions in other well known department stores. The brief was to generate further visibility on an international scale using a number of different digital marketing channels, and specifically to improve awareness of BOY London, as well as getting adverts in front of the right people on social media to prompt an increase in purchases.

The primary objectives were:

"Red Cow did an amazing job delivering against, and going much further than the objectives we set out for them. We're really pleased with the results that were achieved during the campaign." 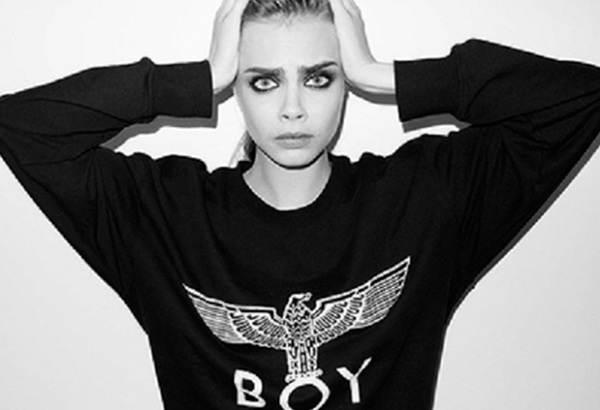 Whilst the target increase in traffic was 50% within the first year, we surpassed expectations by delivering a 232% increase in overall traffic within the first 6 months of the campaign. Due to a lack of visibility in other territories prior to the website internationalisation and SEO work we carried out, the initial on page optimisation had a significant impact in increasing traffic from not just the UK, but also from the USA and China. Within the first 4 months of the campaign, we delivered an increase in conversion rate of over 43%, which meant the client generated significantly more purchases without even taking into account the increases in traffic. We were able to achieve this by conducting thorough keyword research and identifying highly relevant, high volume keyword targets, which made the users landing on the website more likely to be interested in the clothing. In addition to this, we really honed in on demographic based targeting on Facebook and Instagram advertising, making sure that the users fit tightly within the target demographics of a BOY London customer profile.

We developed a full international digital marketing strategy that included optimising the website for three different international search engines; Google, Baidu and Yandex, as well as paid advertising on a number of channels. The full strategy incorporated: